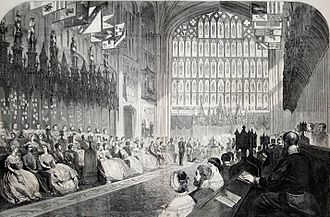 Jubilate Deo by Benjamin Britten was written in 1961 for St. George’s Chapel in Windsor Castle at the request of the Duke of Edinburgh. A high-medieval Gothic-style chapel, St. George’s is a “Royal Peculiar” meaning the church is under the direct jurisdiction of the monarch. Nestled in the lower ward of the castle, the chapel seats 800 and has been the location of many royal ceremonies, weddings, and burials. Join us as we perform Benjamin Britten’s Jubilate Deo and pay tribute to The Great Cathedrals. 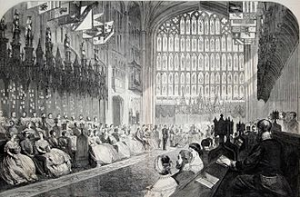 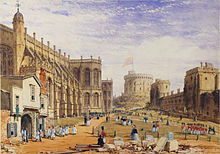 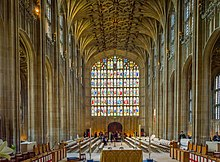 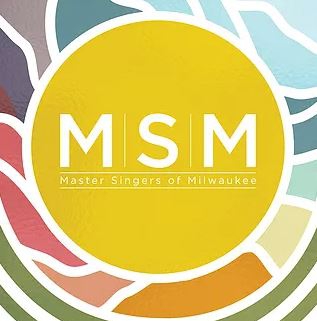 Thank you to everyone who came out for The Great Cathedrals concert in October. Check out this great review in the Shepherd Express. 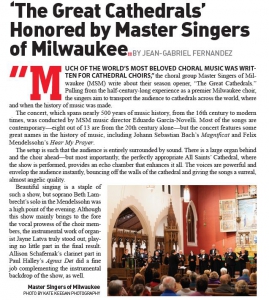 It’s a time-honored holiday tradition for the MSM to perform with local high school talent at the beautiful St. Joseph Chapel. Come experience this awe-inspiring venue and hear the heralding sounds of the Christmas season at “Unto Us a Child is Born”. This year we are performing with Port Washington High School and Muskego High School choirs. Get your tickets before the sell out!

Are you a Jiminy Christmas or a Bah Humbug? As we prepare for our upcoming concert series “Unto Us a Child is Born”, we are doing a deep dive on some of the phrases synonymous with the holiday season.

Jiminy Christmas – “Jiminy Christmas” is a direct reference to Jesus Christ and dates back to 1664, when it was first recorded as “Gemini,” a twist on the Latin phrase Jesu domini. The name of the Walt Disney character Jiminy Cricket was probably based on this phrase.

Bah Humbug – The origin of the word humbug is unknown, though it is clear that it emerged in mid-18th century England. The first known use of humbug in print was in 1751 in The Student, or the Oxford and Cambridge Monthly Miscellany, which calls the term “a word very much in vogue with the people of taste and fashion.” The phrase is most famously used by Ebenezer Scrooge, the main, curmudgeonly character in Charles Dickens’s A Christmas Carol (1843).

Celebrate the lexicon of Christmas and join the MSM for Unto Us a Child is Born, December 14 & 15 at St. Joseph Chapel.

Kim André Arnesen is a Norwegian composer celebrated for his rich choral compositions. His first CD album “Magnificat” was nominated for GRAMMY Awards 2016 in the category Best Surround Sound Album. This December the MSM will be performing his moving piece “I will Light Candles This Christmas.” The warm melody and inspiring lyrics are just a sampling of the great program we have in store for you.

“The work of Christmas begins:
To find the lost,
To heal the broken,
To feed the hungry,
To release the prisoner,
To rebuild the nations,
To bring peace among others,
To make music in the heart.”

Check out the link below and get your tickets now to “Unto Us a Child is Born” at www.mastersingersofmilwaukee.com

I Will Light Candles This Christmas
https://youtu.be/ESr9mfMyYns